The Central University of Kerala, Kasaragod, came into being in 2009 under the Central Universities Act 2009 (Parliament Act No. 25 of 2009). The University is founded on the noble vision of a ‘caring wisdom’ and is guided by the lofty ideals of academic and social commitment, moral steadfastness and intellectual and spiritual enlightenment, as reflected in its vision statement. Located in a region characterized by linguistic and ethnic diversity and cultural richness, the University seeks to harness the local resources – human, intellectual, social, artistic and cultural – while bringing in the best that is globally available, thus maintaining a fruitful, symbiotic relationship with a region that badly needs an educational uplift. The University opened its academic portals in October 2009 with 17 students enrolling in two PG programmes and operated from a rented building at Nayanmarmoola (Vidyanagar). From this humble beginning, CU Kerala has grown into an institution offering seventeen postgraduate and research programmes with a total enrolment of 1098 odd students, in the academic year of 2017-18. The twenty two departments, viz., Animal Science, Bio-Chemistry and Molecular Biology, Genomic Science, Plant Science, Environmental Science, Economics, Education,International Relations & Politics, Social Work, English & Comparative Literature, Hindi, Linguistics, Chemistry, Computer Science, Mathematics, Physics, Law, Malayalam, Public Health and community medicine, Public administration and policy studies, Geology, and Yoga studies function under elevan Schools, viz., School of Biological Sciences, School of Earth Science Systems, School of Economics, School of Education, School of Global Studies, School of Languages & Comparative Literature, School of Legal Studies, School Physical Sciences , School of Social Sciences, School of Medicine and Public health and School of Cultural studies. The permanent campus of the University (Tejaswini Hills) is located at Periye, Kasaragod on the 310 acres of land allocated by the Govt. of Kerala in 2012. The University shifted its Administrative wing along with the Departments of Computer Science, Mathematics, International Relations and Politics, MSW and Economics and a portion of the library into the two semi-permanent uni-floor buildings constructed on the permanent campus in 2014. The remaining Departments are currently functioning on two transit campuses – the Riverside campus at Padannakkad and the Vidyangar campus. The University also opened two Centres, the Capital Centre at Thiruvananthapuram, offering an Integrated BA-MA Programme in International Relations and the Law Campus at Thiruvalla.

The first Vice-Chancellor of the University, Dr. Jancy James, was a distinguished academician and experienced, efficient and dynamic administrator, under whose able stewardship a resourceful and dedicated team of academicians and administrative staff strove untiringly to build an institution on par with international standards from a state of virtual nothingness and anonymity. The new Vice Chancellor is committed to holding aloft the cherished vision and mission of the University, carrying forward the signature steps and activities pioneered by the founding team and initiating schemes and projects aimed at steady and sustained growth of the University as well as the social community around. North Malabar region, being one of the backward districts of Kerala, need holistic support for development especially in the areas of education, health, technology and infrastructure. His vision is also to transform the CU Kerala as the epicentre of development in Malabar region in particular and Kerala in general and to keep the national character and outlook in its academic and extracurricular activities. 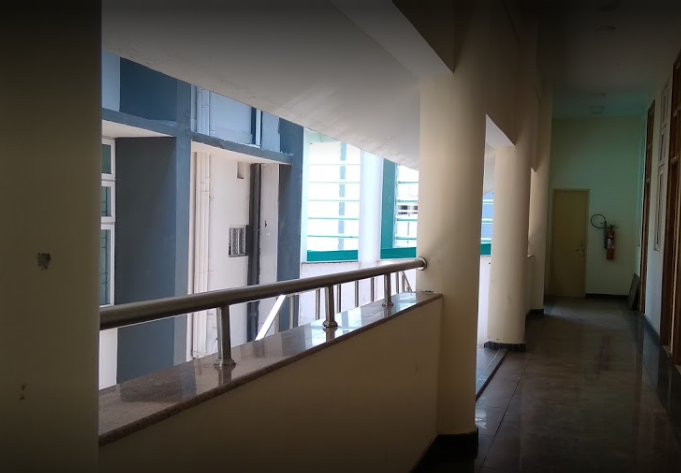